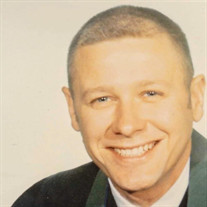 Joseph Martin Betsch, March 4, 1937—August 11, 2021 Pastor Joe died as he lived, surrounded by people who loved and admired him, on August 11, 2021, at Spring Ridge Park Assisted Living in Wheat Ridge, Colorado. He is survived by his four children: Elizabeth (husband Paul Crosby), Jeffrey (partner Andrew Wissel), Peter (wife Linda), and Molly (husband Ken Hughes); and by four grandchildren: Jennica and Nathan Betsch and Janie and Dale Hughes. He was preceded in death by Louise Margaret Harshfield Betsch (Lou), his wife of nearly 59 years. Joe was happiest when nurturing, be it people or plants. As a pastor, he walked alongside many on their journeys of faith. His wife, Lou, supported him throughout his ministry at Ellerton United Church of Christ (UCC), Beaver Church UCC, Evangelical UCC, the yoked parish of United Church of Geneva and Unionville UCC, the yoked parish of St. John’s UCC and Tower Hill UCC, and finally at Orchard Hill UCC in his hometown of Chillicothe, Ohio. Lou lovingly supported Joe as his memory faded, while he supported her physically as her body deteriorated in their last years together. In his free time, Joe enjoyed gardening and was known for adding a row to the garden each year or, if space was limited, cramming more plants into a tiny space than the farmers in the churches he served had ever seen. He found no conflict between his vocation and avocation. Shortly after he and Lou had moved into their home in Chillicothe, Ohio, a neighbor approached Joe and announced that a previous tenant of the neighborhood had also been a pastor, who felt strongly about people violating the Lord’s day by working on the Sabbath. Joe recognized where the conversation was going and cut the discussion short by announcing, “Oh yes, I have to work on Sunday mornings by leading the church service, but then I come home, put on my play clothes, and get to play in my garden the rest of the day.” Joe claimed that preaching was less effective than setting an example of a Christ-like life. Joe’s humility and self-sacrifice were his greatest sermon. Joe was also an experimental winemaker, a fine woodworker, and an avid Habitat for Humanity volunteer. He taught his family the joys of nature through camping, hiking, canoeing, etc. Funeral services to be held in person at Lakewood UCC, 100 Carr Street, Lakewood, CO 80226, and virtually via YouTube (https://youtube.com/channel/UCdFKREstj6vRA1iJ2e8-7Bw) on Saturday, October 2, at 2:30 Mountain Time. A graveside service will be held at Grandview Cemetery, 300 Brookside Road, Chillicothe, Ohio, 45601 in mid-October, date to be announced later. Please make donations to the seminary so dear to both Joe and Lou, Eden Theological Seminary https://www.eden.edu/donate/ 475 E Lockwood Ave, St. Louis, MO 63119.

Joseph Martin Betsch, March 4, 1937&#8212;August 11, 2021 Pastor Joe died as he lived, surrounded by people who loved and admired him, on August 11, 2021, at Spring Ridge Park Assisted Living in Wheat Ridge, Colorado. He is survived by his... View Obituary & Service Information

The family of Joseph Martin Betsch created this Life Tributes page to make it easy to share your memories.

Send flowers to the Betsch family.