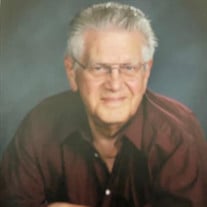 Lieutenant Colonel Charles Owen Cole Junior, USAF, Retired, 91, of Aurora Colorado, born in Davenport, Iowa on the 10th of June 1930, passed away peacefully at home on the 13th of May 2022. He was predeceased by his wife Beth Cole and his daughter Catherine Cole Mobley. He was survived by his wife, Carol Cole, his son Robert (Susan) Cole, his brother Dale Cole, his stepson Jeffrey Blodgett, his stepdaughter LeAnne Woodward, his stepdaughter Suzanne (Christian) Uhrich, his stepdaughter Erin (Jeremy) Jewett, his grandson Brian (Dana) Mobley, his step-grandson Jax Blodgett, his step-grandson Gray Woodward, his step-granddaughter Anna Jewett, his step-granddaughter Ella Jewett, his step-grandson Corbin Uhrich and his step-granddaughter Jenna Uhrich. Chuck, as he was known to all, entered into the United State Air Force on the 19th of June 1953 and served as an Electrical Engineer specializing in computers at the North American Aerospace Defense Command (NORAD) and served during the Korean and Vietnam Wars where he received the National Defense Service Medal, the Meritorious Service Medal, and the Air Force Commendation Medal. He achieved the rank of Lt. Colonel until his honorable retirement on 31st of August 1976. While in the Air Force, Chuck attended the University of Colorado at Boulder where he earned a bachelor’s degree in Electrical Engineering. After his service, Chuck went on to work as a computer programmer at Air Products in Denver, Colorado until his civilian retirement. Once retired, Chuck enjoyed spending his time with family members and church members, actively playing bridge, singing, dancing and traveling to new and familiar places. He will be dearly missed by those who loved him. A memorial service will be held at Grace United Methodist Church located at 4905 E. Yale Avenue, Denver Colorado 80222 on Wednesday the 25th of May 2022 at 10:30am MST. In lieu of flowers, donations to Grace United Methodist Church are appreciated.

Lieutenant Colonel Charles Owen Cole Junior, USAF, Retired, 91, of Aurora Colorado, born in Davenport, Iowa on the 10th of June 1930, passed away peacefully at home on the 13th of May 2022. He was predeceased by his wife Beth Cole and his daughter... View Obituary & Service Information

The family of Charles Owen Cole Jr created this Life Tributes page to make it easy to share your memories.

Send flowers to the Cole family.