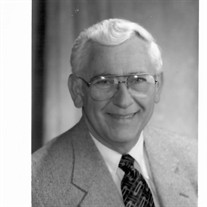 Roy Adams, 86, died on June 18, 2022 following a recent stroke. A retired minister in the United Methodist Church, Roy maintained his contagious smile and pleasant personality throughout his decade-long struggle with dementia. His wife, Phyllis (Eastin) Adams and adult children (Deborah D. Adams, Russell R. Adams, Sandra S. Adams-Berger) were able to spend Roy’s last days with him. One son, Derald D. Adams, preceded Roy in death. Roy was born on January 26, 1936 on a farm near Girard, Illinois to Ruth E. (Quick) and George M. Adams. He attended Prairie Dale Country School, Girard West, Girard High School, and Illinois College. Roy graduated from Illinois Wesleyan University in 1960 and later earned his graduate degree from Garrett Theological Seminary. He served as a pastor in Central Illinois for 43 years and served on the pastoral staff of the Littleton United Methodist Church (LUMC) in Colorado following his retirement from full-time ministry. The Central Illinois United Methodist Churches Roy served over the course of his ministry were in Waggoner, Middletown, Waynesville, Mattoon First, Elkhart, Sherman, Galesburg Emmanuel, Rantoul First, Champaign First, Heyworth, and Rushville. He also served as a Program Counselor with the Central Illinois Conference (now the Illinois Great Rivers Conference) Council on Ministries. Roy enjoyed traveling, gardening, camping, fishing, helping take care of grandchildren, family reunions, his dogs, and a good cup of coffee. He also enjoyed writing and wrote curriculum for the United Methodist Board of Discipleship. At various times in his life, he was an active member of Rotary International and the Lions Club. In retirement, Roy was the Organizing President of the LUMC Optimist Club. Many of his hospice caregivers noted Roy's optimistic and caring attitude even as his dementia worsened in recent months. Before speech became difficult for him, an intern asked Roy if he had any words of wisdom for younger generations. Showing his lifelong commitment to inclusion and justice, he told her to “make sure everyone has a seat at the table.” In addition to Roy’s wife and three children, he is survived by his sister, Elizabeth Nagel, and sister-in-law, Rosella Adams. He was preceded in death by three brothers, Robert, George, Dean and his brother-in-law, Arthur Nagel. Roy and Phyllis have one daughter-in-law, Debbie (Rorem) Adams and two sons-in-law (Daniel Donica and James Adams-Berger), eight grandchildren, ten great-grandchildren, and numerous nieces and nephews. A memorial service for Roy will be held in Illinois this fall. Roy requested that any gifts to honor his memory be sent to the Preacher’s Aid Society and Benefit Fund at: PASBF, PO Box 19207, Springfield IL 62794.

The family of Roy L Adams created this Life Tributes page to make it easy to share your memories.

Send flowers to the Adams family.