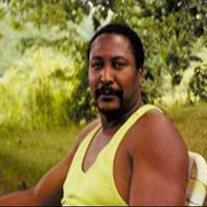 Jeffery Brooks was born on May 10, 1950, Mother’s Day, to Louis and Pernella (Penny) Brooks. Jeff was born at his grandmother’s home, Ethel, in Chicago, Illinois. He is 1 of 11 siblings: Phil, Mildred, Bo, Richard, Russell, Douglas, Gregory, Constance, Kaje, and Valaria. In his childhood Jeff was fond of sports. He excelled at basketball and baseball. Being lefthanded gave him an advantage. He graduated Cassopolis High School (Cassopolis, Michigan) in 1968. In 1970 Jeff married Barbara Brooks. He gained bonus children and they also had children together. Terry Parker(JJ), Bobby Cooper (Lynn), Troy Cooper, Robert Cooper (Sport), Leon Cooper(Boobie), and Jeff Brooks Jr (Cricket). In 1974 Jeff relocated to Denver, Colorado for a change of pace. He put down roots and made a name for himself. He was known as a great basketball player, a pool shark, and domino aficionado. He wasn’t too shabby when it came to car repair, either. His home was always a friendly and welcoming atmosphere. His favorite hangout spots were AAA Bowling Alley, The Horizon, and the China Doll. He made many lifelong friends at these establishments. He also fathered André Brooks, Calvin Brooks (CJ), and Torry Watkins during this time. He was proceeded in death by his mother, Penny, and father, Luis, siblings: Kaje, Mildred, Phil and Bo and two children: JJ and Bobby (Lynn). He leaves behind his sons; Troy (Chicago), Robert (Chicago), Leon (Chicago), Jeffery Jr. (Chicago), André (Aurora), Calvin (Denver), and Torry (Denver). His siblings; Russell, Richard, Gregory, Douglas, Constance, Valeria. He leaves behind 18 grandchildren!!! Jeff was loved and will be missed.

The family of Mr. Jeffery Brooks created this Life Tributes page to make it easy to share your memories.

Send flowers to the Brooks family.