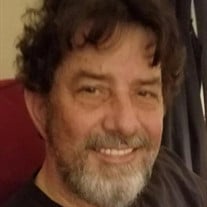 Donald Gene Melton passed away at home on November 15, 2021. He was born January 31, 1953 in Bemidji, MN. He attended Claremore High School in Claremore, Oklahoma and studied criminal justice at USAF Community College. Don served as a Master Sergeant in the US Air Force as Military Police which took him all over the world including the Philippines, England, Egypt, South Korea, and Utah, New Mexico, & Texas. He met his 1st wife, Jolyn Bernard, while stationed at Hill AFB, UT. They were married May 4, 1973, later divorced in 1982. While living in Texas, he met Paula and they married on January 27, 1990. They enjoyed many years together until she passed away in 2012. After his military service, he worked in private security, then with a water softener company. When Paula passed away, Don moved to Colorado and worked in the local cannabis industry until he retired in 2020. Donald is survived by: Brothers, David (Peggy) Melton & Daniel Melton; Daughter, Amber N. Himes; 8 grandchildren & 4 great-grandchildren. He was preceded in death by: Wife, Paula Melton; Mother, Mary (Pat) Melton; Father, Lon F. Melton; Stepmother, Skeets Melton; Son, Shayne A. Melton; and Grandson, Jayce C. Melton. Don’s final wishes were to have no funeral services, but to be cremated and ashes spread with his wife and son’s, as we played the song “Go Rest High on That Mountain” by Home Free. His wishes were carried out by his daughter and granddaughter. Special thanks to Bruce & Jackie Starr for their love and care of Don over the last several months.

The family of Donald Gene Melton created this Life Tributes page to make it easy to share your memories.

Send flowers to the Melton family.