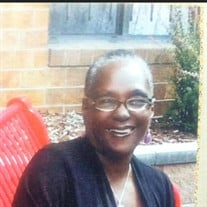 Athalie Pauline (Bowen) Thibou was born on November 27th, 1949, in Brooklyn, New York. She was the fifth child of Alonzo and Audrey Thibou, who had come north near the end of World War II, to the big city, from St. Thomas in the U.S. Virgin Islands. She was a precocious youngster and always a bit “sassy.” She was a very smart child, good in school and was expected to have a promising future. Her mouth often got her into little scrapes, but she had an older sister and three older brothers to look after her in the projects of south Brooklyn. In the late 60s, while attending John Jay High School in Brooklyn she met a handsome, “Bill Withers” lookalike named Bruce Bowen. She fell in love with him and he with her and like the lovers in an opera they ran away to another state and got married, before Athalie finished school. The young couple settled into the Bowen’s family home in East New York, Brooklyn with Bruce’s mother and grandmother (“Nana.”) Soon the young couple had two sons and Bruce was drafted into the US Army. When he was assigned to a base in Arizona, Athalie and her sons re-located to be with her husband. Her exuberant personality made it easy for Athalie to make friends. She bonded with the neighbors and her fellow military wives in Arizona who hailed from many different states. But with her marriage fracturing, just as Bruce was getting out the Army, Athalie boldly decided to follow a friend to Colorado, instead of returning to New York. She looked at the streets of New York and she knew she wanted to better the odds for her boys. It was a life altering decision for the Thibous. Athalie would soon coax a brother and sister to Colorado, (half her surviving siblings at the time) and it eventually led to her parents also moving west to Colorado. During her more than 45 years in Colorado Athalie had a third son, David, completed her high school diploma and worked as an administrative/legal secretary for the Colorado Public Defenders Office for more than 10 years. She was very enthusiastic supporter of her boys’ athletic activities, cheering them on in basketball, football and wrestling. As her boys grew into men, Athalie welcomed her grandchildren into the family with warmth and love, without regard to the stability of the relationships that produced them. It was akin to what she experienced with the Bowen’s grandmother, the first “Nana.” Any offspring of her sons was sought out and she forged a relationship with them, as she was now also known as “Nana.” In her later years Athalie was aa reliable neighbor and board member of the Kappa Tower apartments where she enjoyed game and movie nights and weekly exercise classes. She was often found providing meals and fellowship to her neighbors. She was member of the Central Baptist Church of Denver and loved attending services on Sundays. Athalie is survived by a sister, Ann Thibou of Denver, and a brother, Arnold Thibou of West Orange , New Jersey. Sons; Bruce Bowen Jr., Randall Bowen, and David Bowen and daughters-in-law, Krista Bowen and Katie Bowen. She is also survived by her nephews; Mujaahid Maynard and Aaron Thibou and nieces Sa’Aadah Maynard, Fatima Thibou, Niema Thibou-Knox and Alicia Thibou. By her Grandchildren; Krystal, Randell, Anzhane, Maddy, Cierra, Daylen, Kelly, Randi, Dayzha, Miriah, Gavin, Devin, Sophia, Kamari and Messiah. And by her Great-grandchildren; Jayson, Zayden, Jaylene, Carter, Daylen Jr. , Aliyah, Alivia, Jaiveon, Thomas Jr., and Alani.

Athalie Pauline (Bowen) Thibou was born on November 27th, 1949, in Brooklyn, New York. She was the fifth child of Alonzo and Audrey Thibou, who had come north near the end of World War II, to the big city, from St. Thomas in the U.S. Virgin... View Obituary & Service Information

The family of Athalie Pauline Thibou created this Life Tributes page to make it easy to share your memories.

Send flowers to the Thibou family.